If you could rid government of corruption would you do it? If you could do it without having to write persuasive letters to your Congressional Representative wouldn’t that be even better? There is such a way. If we examine the two-party system, it will become clear what needs to be done.

Within inner circles and inside the beltway the two-party system is referred to as The Professional Wrestling Association of Washington D.C. (PWA). If you did not know this, you are not in inner circles. That’s okay we ourselves learned from a whistle blower. Now that we know this, what does it mean?

If you go behind the scenes at a WWE event (another well-known wrestling association) you will find the “competitors” joking around with each other. They will be discussing the script and going over who gets to win this time. They will be working through how they are going to set it up and who is going to take the fall. Everyone plays their role. They are professionals after all.

This is exactly what is going on right now with the Democratic and Republican parties (PWA). They give each other a nod and a wink every election cycle knowing damn well that one of them gets to win. The only stipulation is that they must pass the baton back and forth. The way they have it set up almost seems random. The most corrupt duopoly in the history of America.

While this may feel like something you already know it is good to hear former politicians like Jason Chaffetz confess as much on Fox News. When discussing the “Swamp” docu-series, that is coming out soon, Jason confirmed that the most important thing, to the majority of those who represent us, is getting reelected. Thank you for the confession Jason. “Bailiff please take Jason into custody”. Okay we can pardon Jason because he recently left Washington of his own accord. And maybe we should respect Jason and others who choose to walk away from Washington, but shouldn’t there be some sort of duty to expose corruption? Couldn’t he have worn a wire?

If you see something say something! Well shouldn’t that apply in Washington D.C. when you are a member of Congress? But like the blue wall of silence, the inevitable reform is slowed by ignorance and self-preservation. Slowed does not mean halted. Hopefully the smaller the world gets the braver those who enter government can be knowing corruption is easier to expose and harder to hide. 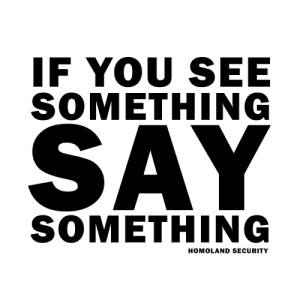