We could blame his parents and we should, but why did we elect him President of the United States? It would be easy to simply blame those who cast a vote for him, but it would also be disingenuous. It would also be easy to label him the disease, but that would be a misdiagnosis. He is a symptom. The disease has yet to be identified.

To reach the correct diagnosis, it is important that we understand the role each of the political parties played in giving him to us. Let’s start with the Democratic National Committee. The DNC picked a candidate for America. America did not get to choose. Not only did the DNC pick their candidate for America they also picked Donald Trump. The DNC’s primary strategy was based on facing off against Donald Trump. They avoided speaking about other Republican candidates during the primaries to give more credibility to Donald Trump. They wanted Donald Trump, because they thought it would give us Hillary Clinton. From the very beginning they rammed Hillary Clinton down our throats so fucking hard that Donald Trump seemed like the cure to many Americans who would have otherwise never given him the time of day. It was her turn. Fuck you DNC! You corrupt sons of bitches are more responsible for Donald Trump than every redneck in America. 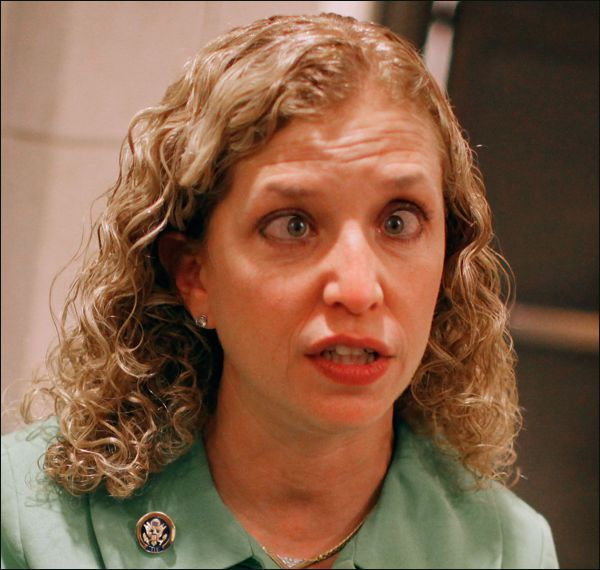 If you were with her, Debbie Wasserman Schultz appreciates you falling in line.

Republicans! You had how many candidates and still came up with Donald Trump? How phony do you have to be for people to think that Donald Trump is more real than you are? A guy calls you “Little Marco” and your instinct is a tiny dick joke? You can’t shake the title “Lyin’ Ted” because the one thing that everybody knows about you, is that you’re a fucking liar Ted! But, if you’re a good Republican you voted for Jeb, Marco or Ted, maybe one of the other so-called conservatives and then eventually you supported Donald. Why? Because you are a Republican and Republicans vote for Republicans.

You Libertarians really dropped the ball as well didn’t you. It was the perfect time to disrupt the two-party system. Donald versus Hillary. Yet Gary, what’s his name (who doesn’t know where Aleppo is) was your choice for President?! Really? Oh well, It really doesn’t matter where Aleppo is. We sure haven’t heard it mentioned since Gary, what’s his name, uttered “What’s Aleppo?”. The one guy who admits it when he doesn’t fucking know, and you guys made him your nominee. Way to expose those hippies for the stoners they are, Morning Joe. 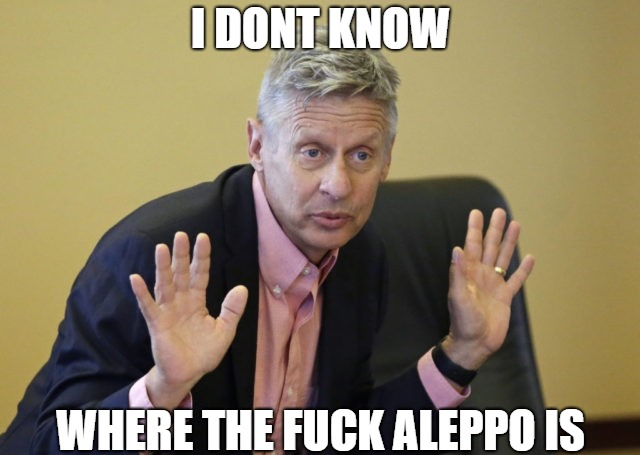 The medias role in the election of Donald Trump is HUGE. At first it was a side show to drive ratings, never imagining their coverage may contribute to the election of this man that they so despise. Not until the bitter end when forced to concede that their candidate the corrupt Hillary Rodham Clinton would in fact lose the Presidency to Donald Fucking Trump, did they realize the extent of their erroneous ways. They could have minimized his buffoonery, his coverage, but they took the road most traveled. The low road that lead straight to the bank. I could go into greater detail, but it’s time for a commercial break. BAD!

Fox news is in a sub-category of the media by themselves. They want to be responsible. They love Donald Trump. They proudly battle left wing liberalism faster than an NRA speeding bullet, more powerful than a locomotive fueled by clean coal, and able to leap tall buildings in a single cocktail dress. The infant from cable news is now The Conservative of Steel!

Are the Russians responsible? The Russians fueled hate on social media. The good news is maybe we aren’t as pissed off at each other as we thought we were. The bad news is some people are stupid enough to fall for bullshit on Facebook. How many? Nobody fucking knows. We should all be proud that the United States doesn’t meddle in other countries elections. Fuck you, Russia!

What about James Comey? Is he responsible? He probably wishes he was not, but he most certainly is. Perhaps it was his efforts to appear neutral in an otherwise polarized world that caused him to insert himself into the Presidential election, but whatever the reason, correctly or incorrectly, many gave weight to his first “she’s innocent” to his second “wait there’s more” press conferences. Good one Jim.

What about those who abstain? You guys that choose not to vote because you believe your vote doesn’t count. You know who you are. You may even think your absolved because of your non- participation. You are not.

How about the disenfranchised? Since you have been old enough to vote you have complained about the lesser of two evils. This go around you said enough and refused to vote. Are you responsible? Lucky for you, victim blaming is so passé. 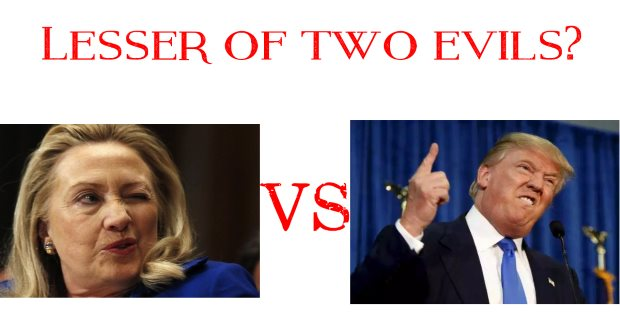 How about households that practice a form of active abstention? This is where your spouse votes for the opponent of who you are voting for. Why don’t you two stay your ass at home. If neither of you can sway the other politically maybe you should analyze your relationship and where this whole thing is going.

Is Jill Stein responsible? Uh, no, safe to say Jill had nothing to do with it.

Is Joe Biden responsible? Joe could have run, and he could have won. Joe shoulders a lot of responsibility. Way to go Joe!

Bernie Sanders must be responsible. No not really. But thanks for helping expose the DNC Bernie.

Is Barrack Obama responsible? On the one hand Barrack is the coolest guy in the room. On the other hand, Barrack blows up every bridge that even remotely connects the left and the right. So much hope, so little change! 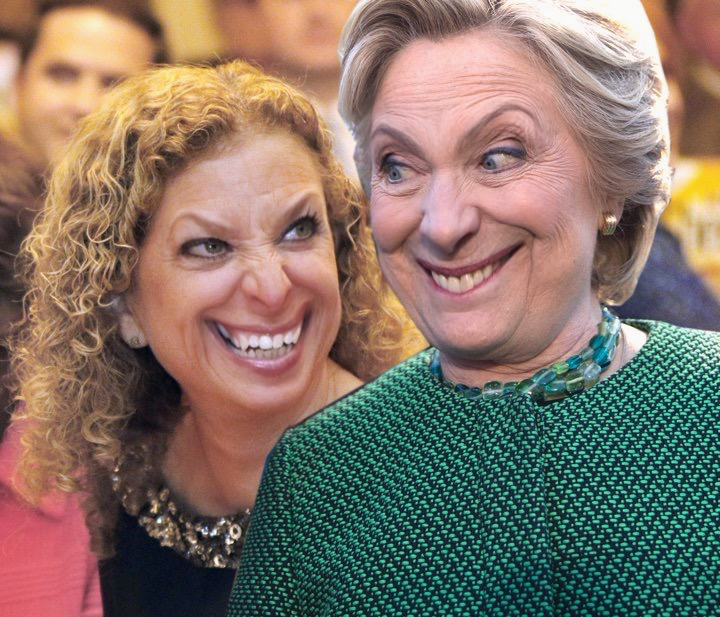 Hillary Rodham Clinton? Guilty! Responsible? Let’s start with what a morally corrupt human being she is. Wait that’s harsh. Let’s say you were willing to give her a chance to explain. How long did she have to convince the American people that she wasn’t as bad as we thought she was? It was a couple of days. She failed. Not once did she clearly articulate an idea, message, strategy, thought or even a decent place to meet for lunch the entire time she was running for President. She did little to nothing. She knew she had the Democratic nomination in the bag, looked over at Donald and laughed. Way to put in the hard work Hillary!

You get the government you deserve, unless you’re too young to vote, then Rick Santorum will politely lead you to a spot in front of a brick wall, where eventually you will realize your standing in front of a firing squad. But, the rest of us pretty much get what we deserve. Note to kids, as soon as you turn 18 it will be your fucking fault!