Bill Maher joins the long list of liberals whose hate for Donald Trump causes them to say stupid shit. He has often condemned other liberals for giving Republicans bulletin board material by saying stupid shit, yet recently he could not help himself from doing the same. Human nature got the best of Bill when he surmised, if everybody else is saying stupid shit, so should I.

On the most recent episode of HBO’s Real Time with Bill Maher, Bills hatred for Donald Trump had him saying, “I hope for a recession in order to save the democracy.” A bold statement indeed. Bill’s estimated net worth is $100 million dollars. A recession would surely hurt.

If a recession were to occur Bill assumes that Donald Trump would then lose supporters and either get impeached or not get reelected. If Trump does get impeached, Bill has complete faith in Mike Pence to restore Americas honor.

Bill said in part, “Mike Pence would govern with a strong Christian faith, making my life much better.” If impeachment doesn’t happen Bill said that Hillary couldn’t possibly lose again, “Could she?”

When asked, why would you wish a recession on so many Americans who are already living pay check to paycheck Bill said, “Sometimes in life we must make sacrifices, if rednecks have to eat at Taco Bell instead of Longhorn so be it.”

Big Mike from Slidell Louisiana said he takes his old lady to Longhorn once a month were she in turn gives him sweet lovin’. He says if there is a recession he won’t be able to get her a Renegade Sirloin let alone a Flo’s filet.  He went on to say, “If you think a chalupa is going to get my Nancy to drop her panties you’ve got another thing coming.

Big Mike said instead of praying for a recession Bill Maher should offer to give up smoking weed. While it is unclear how Bill giving up smoking weed would help save the democracy Big Mike was adamant,

“If Bill Maher can stop riding the dankasaurus after he paints the windows shut so he can commence to banging grandma, maybe he wouldn’t say such stupid shit that’s going to negatively impact my life.” 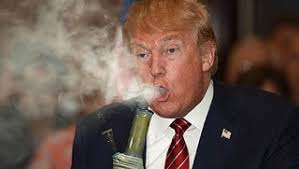 When Bill was asked if he would be willing to give up bromancing the stone, painting rainbows and burning down tress while praying to Buddha his response was shocking,

“If Donald Trump will start smoking weed, I will stop smoking weed. And tell Big Mike that if he and his old lady would hotbox the whip with a side of yabba dabba she’d let him fuck her while she eats the chalupa!”

3 thoughts on “Would Bill Maher give up Weed to Save Us All?”