In the greatest witch hunt in American history special prosecutor Robert Mueller is rumored to be on track to indict Donald J. Trump within the coming weeks. Sources say that Mueller has enough evidence to convict Trump in a court of law. However, because of laws governing the indictment of a sitting President Mueller plans to offer Trump an alternative.

In a rare statement today by Mueller, “The President claims that my investigation is a witch hunt. Well, I’m going to offer him a chance to prove his innocence. If he agrees to a trial by water and he sinks, this investigation will be over.”

In 1602 the first trial by water was conducted in Salem Massachusetts. The idea was to hogtie the suspected witch and throw them into a body of water. If they were guilty the baptismal powers of the water would cast the defendant out of the water because of the evil that lies within them. If they were innocent, they would sink and often drown.

Mueller quelled any notion that he intended to drown the President by stating,

“He’s guilty as hell, that water will throw his ass so far up on to the shore that there will be no doubt as to the legitimacy of my investigation!”

When asked what if he is innocent? Mueller stated, “I’ll kiss your ass in front of Trump Towers if he doesn’t flop on the bank like a fish.”

Another reporter pressed Mueller by reiterating the question.

Mueller responded, “We have safe guards in place that will protect the defendant. We intend to tie a rope around the Presidents waist and if he does indeed begin to sink we will do everything we can to pull him from the water.”

That seemed to be good enough for Attorney General Jeff Sessions who stated, “I support the special prosecutors recommendation.”

When President Trump was asked what he thought about Mueller’s recommendation of a trial by water he stated, “I only drink bottled water, Trump Water, available in a handful of stores everywhere.” 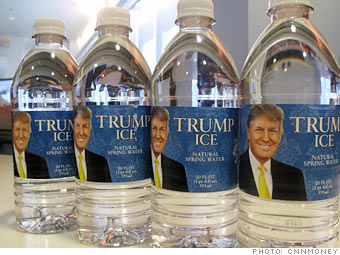 Vice President Mike Pence agreed to oversee the preceding’s. He provided a written statement that included the following, “As a Christian man I am certain of the Presidents innocence. Not only am I certain of his innocence, Donald Trump walks on water. There is no need to attach a rope to this great man, he will indeed walk right out of that water of his own accord.”

If the trial by water is to take place it will occur after the Trump-Kim Jung Un summit in Singapore.

Mueller said, “I know he’s a witch but if he can denuclearize the Korean peninsula we should let him knock that shit out before we tie him up and throw him in a pond”

When asked why he called it a Witch hunt instead of a Warlock hunt, Trump confessed that he loves the transgenders. He said, “I feel like a woman, I have been persecuted more than any woman alive, so I know what it’s like to be thought of as a witch.” 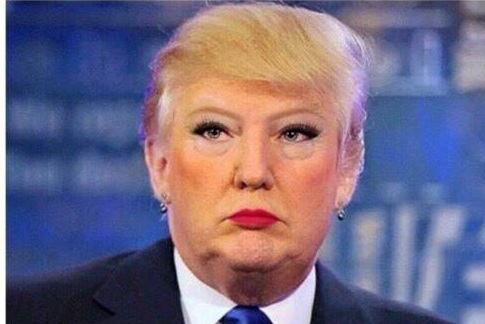 The Grim News Reaper is intended for a mature audience. It is a watchdog group engaged in an outreach program to provide unsolicited opinionated satirical unsourced social commentary to one person at a time on a semi regular basis. If what you have read here offends you, please share with everyone you know and ask their opinion.