Today President Donald J. Trump announced he is signing into law an executive order that will inadvertently end racism in America. Every American will be required to get a DNA test and only Americans who test 100% of something can be a racist. If you test 100% of something, you will be issued a race card and you can then be racist to anyone who is not also 100% of whatever you are.

How will this law affect you? Well just like the ad says. You’ve seen the commercials: spit in a vial, mail it in, and find out who you are. You thought you were a German, but now you’ve traded in that lederhosen for a kilt. Which as it turns out, is a good thing. The only reason you even tolerated Germans is because you thought that you were one. Now you’re drinking scotch whiskey and feeling pretty tough. Although truth be told you wish that there was some French in that pie chart of yours because you like red wine a lot more than you like scotch whiskey. And while you’re more than happy to ditch the wiener schnitzel you can’t think of a single thing that Scottish people eat.

The more you study your pie chart the less you know about anything. You really wanted to be a racist but now you know that the most that you are of anything is 35%. Who to hate? On top of that there is the 10% factor that says parts of you come from third world countries you yourself have often referred to as shit holes. As much as it pains you, you scratch them off the list of people to hate. 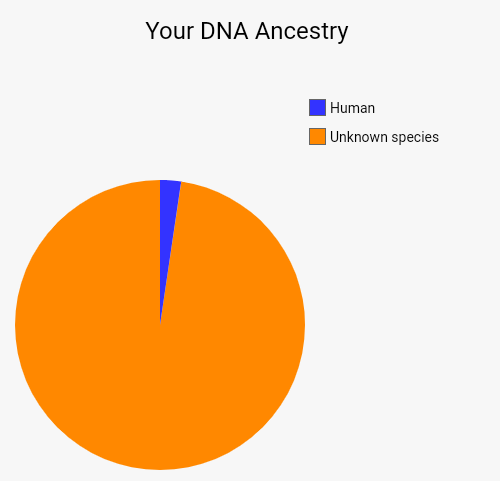 Now your scanning the rest of the pie chart trying to figure this shit out. 20% from several countries that no-one has ever even planned a romantic get-away to and it looks like your going to have to get use to eating perogies. The one bright spot, a Latin connection that will enable you to pursue your dream of becoming a salsa dancer. You add it all up and conclude that you’re a fucking mutt. “That’s okay.” you think, “Mutts make the best dogs”.

Realizing your shot at being a racist is now nothing more than a pipe dream, you find yourself googling, “Is anybody 100% of anything?” To your surprise the answer is no. In an act of rebellion, you pour yourself a glass of red wine and sit in the rose garden listening to the birds sing. For a moment all the world is right. Then you look across your yard to see your neighbors French Poodle humping your Golden Retriever. Looks like there will be French in the family after all. “That’s okay.” you think, “Mutts make the best dogs”. 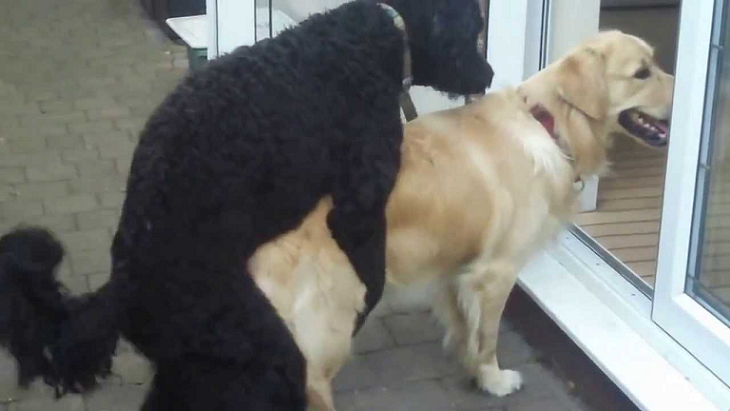 In a related story Louis Farrakhan committed suicide earlier today after receiving his DNA test results and learning that he was in fact Jewish.

When asked for comment on the issue of racism in America the President responded, “I didn’t intend to solve racism. I just wanted to establish the ground rules. We are a Nation of laws. Who knew nobody was 100%?”

When pressed and asked if he add submitted to a DNA test himself, he stated that his test results were currently under audit.

When asked about Farrakhan he said, “He was a strong leader.”

While the over all impact of this legislation may take years to analyze, the President is already chalking this up as another win for America. No one has yet to qualify for a race card and legislators are currently considering re-writing the law altogether to simply ban racism in any form. To find out if you are eligible for a race card click here https://www.23andme.com/. 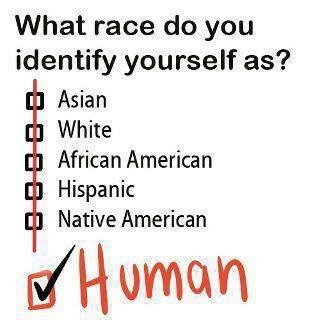